In this em4SF Blog, we are taking a look back to late August (on the eve of the hustle and bustle that our fall outreach brings) and are enjoying the unique perspective from a San Francisco neophyte on Burning Man. Our author is Polly Zebrowsk who joined DEM as an intern last Spring. Polly came to us by way of passion for emergency management through her studies in emergency management at Tulane University.

When I look back at Burning Man from the perspective of a non-native Californian -freshly moved to the Bay Area from the South but a mere two months ago, my mind warps: What WAS that? And how did they do it? Ah, yes, I can see it all now...

As someone who works for the Department of Emergency Management, my nerdiest of passions revolve around preparedness and resilience. They go hand in hand and reinforce one another. I like the metaphor of being in a boxing ring with Life and its calamities: if you’ve been training you’ll perform better in a fight, rolling with the punches, it will take a lot more than a few hard hits to take you down. So with this in mind, how would any city fare when hit by disaster? Only about as well as its citizens can take a metaphorical punch. 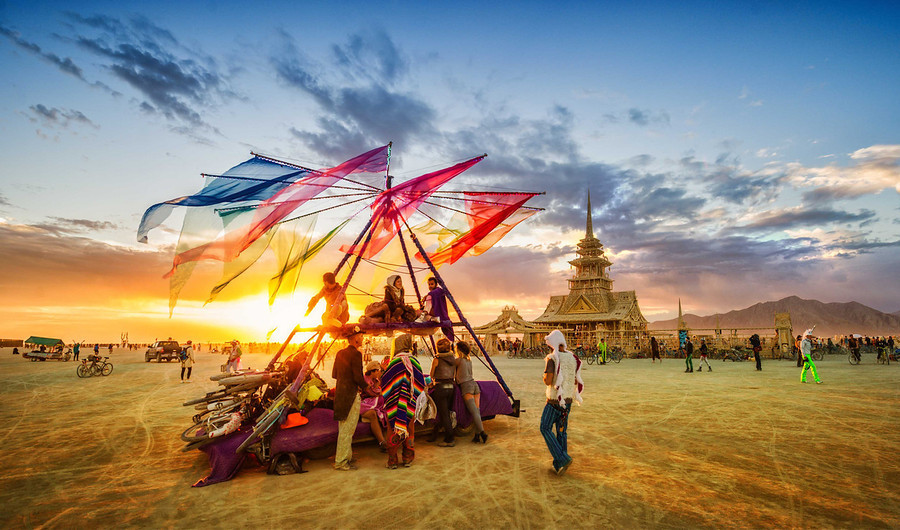 The city of Black Rock is erected from nothingness in barely any time at all. I arrived there to find myself amidst smiling, dust-coated bodies serving food to one another from grills and camp stoves, playing music under playa-fied tents lined up, forming roads and neighborhoods. Even now I still ponder: if only households and communities had the capacity to do THIS after a disaster. Everything that anyone needed was there, and the reason for that was because they supplied it themselves. “Radical Self Reliance” -one of the key Burningman concepts -to me reads as, “Being Prepared”, but it goes further than that; this city raised in no-time out of the dust is done so well each year because it is organized and thought out beforehand. Public resources are strategically placed to be fair and accessible; agreements are made ahead of time to ensure their upkeep, which would be impossible if those responsible for such duties weren't already prepared to take care of themselves first. A voice in my head calls out like an extreme sports announcer: “TOTAL, SUPREME PREPAREDNESS”. 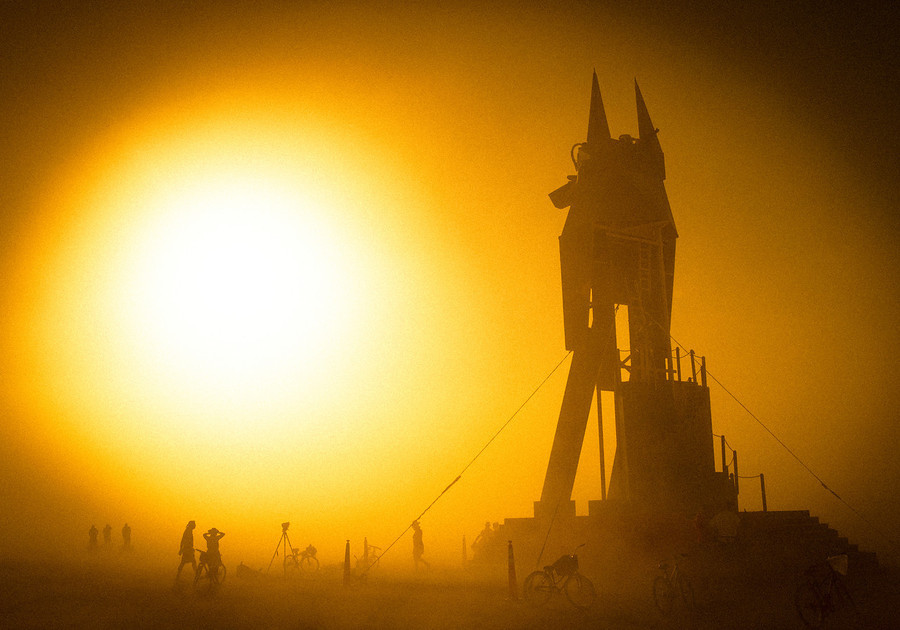 Interestingly, there is more that goes into the resilient behavior of those at Burning Man than just having the stuff they need; mindset can be half the battle to recovery, and in the Playa it’s all positivity and acceptance. A subculture culture arises. The event itself attracts the type of person who seeks a more optimistic version of themselves and others, one that genuinely desires to adhere to Burning Man principles like self reliance, open mindedness, sharing, etc. I could sense these traits being encouraged at all times. Complete strangers could interact and bond, regardless of differences, and be of assistance to each other:”Hey, you, would like a drink?” or, “Someone over there said you needed a charger, do you want to use ours with our generator?” These were commonplace interactions. The level of kindness was astounding. From a socioeconomic standpoint, perhaps this was helped by the fact that no resources were scarce; everyone brought enough of what they needed for themselves and then some extras to share. 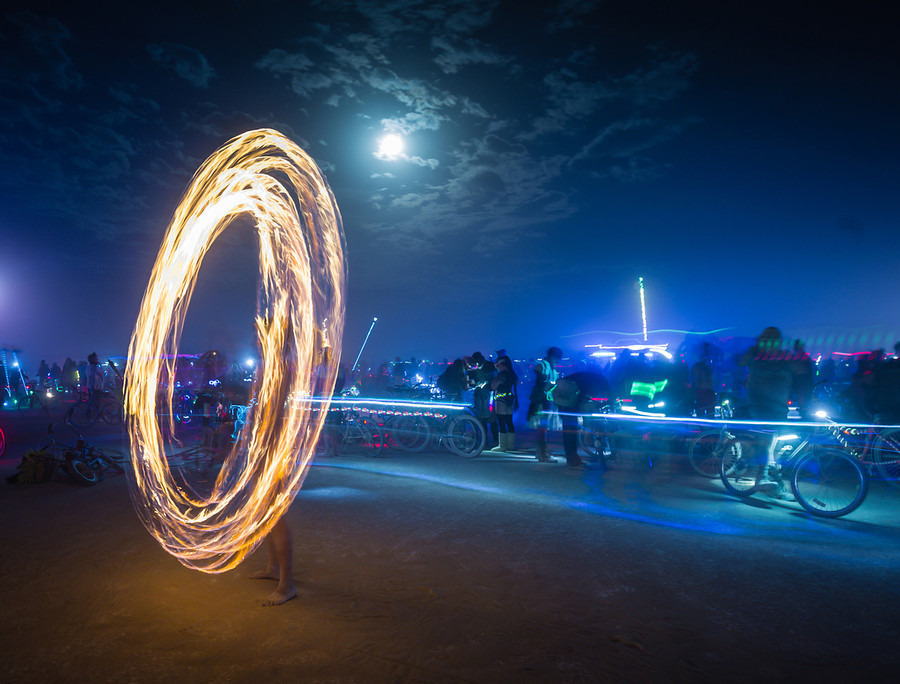 My thinking is this: If everyone in San Francisco prepared themselves for an emergency the way that Burners do for Burning Man, we would see fewer incidents escalate to disaster level, and we would all be more equipped to handle a situation when it occurs and bounce back from it afterward. So I say pack for the Burn early, even if you aren’t a Burner, pretend you are one and get together your week’s worth of food, water and necessities and keep them someplace handy, maybe even go in on a generator with your housemates and neighbors if you feel like splurging. Have a plan with your pals like you would on the playa for where to find each other or check in somehow when you have no local cell power, get ready for it now and you’ll be ready for anything. 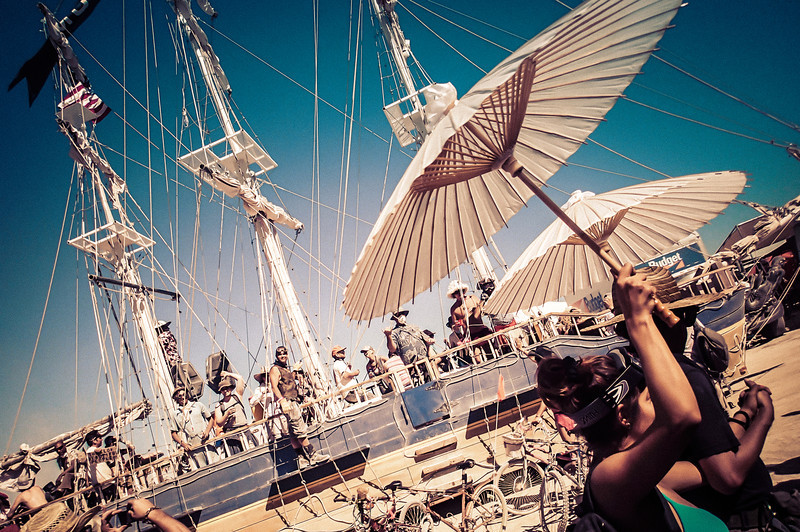